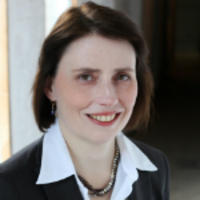 The biennial Nellie Wallace Lectures, which are shared between the Faculty of Classics and the Faculty of Philosophy, enable scholars from outside the University to visit Oxford in order to lecture and conduct seminars in a subject in the field of Literae Humaniores (that is, ancient philosophy, ancient history, and the Greek and Roman languages and literatures)

The Just Society and its Enemies: Rereading Plato’s Republic in 2022

We are most pleased to announce that Professor Rachel Barney will give the Nellie Wallace Lectures in Trinity Term 2022. The lectures will take place at 3:30-5:00pm on Tuesdays in weeks 3 to 8, in the Lecture Room (except Week 8, which will be the Ryle Room), at the Radcliffe Humanities building.

Those who are unable to attend in person are welcome to join remotely via MS Teams, by clicking this link. You will be redirected to a page in which you will be prompted to sign in with your Oxford SSO.

Since the publication of Karl Popper’s The Open Society and its Enemies in 1945, Plato’s political ideas in the Republic have generally been shunned with distaste. These lectures will make a case for the permanent value of the Republic as a work of political theory. While it has detailed and highly pertinent arguments to make about the requirements for a just society, it is a book not so much about justice or politics itself as about the preconditions for both: about the features of human nature and society which make the problem of injustice universal, urgent, and -- just barely -- solvable.

To grasp the politics of the Republic we need to clear away unhelpful accretions from its  use and abuse over past centuries. It is neither Utopian nor idealistic; it is not the story of a town called Kallipolis; it is not a fantasy about 'philosopher-kings'. It is something far more abstract: an argument for the permanent possibility of justice both in the human psyche and in a political community.

The handout of the first lecture can be found here.

Drinks Reception from 5pm onwards, in the Colin Matthew Room of the Radcliffe Humanities Building.

Plato takes the central problem of politics to be greed: the Republic undertakes to refute the theoretical standpoint which makes that problem insoluble. According to this political immoralism, politics is essentially a competition for zero-sum goods, the language of justice necessarily a mask for manipulation and domination. Plato's concern in the Republic is to articulate and argue for the alternative view that there can be an art of politics: a kind of practical reason aimed at the common good.

The handout of this lecture can be found here.

On Plato's view a theory of politics must start from a theory of human nature. The features of human psychology which shape our political problems are a triad of kinds of desire: reason, aggression, and irrational appetite. Plato uses this account of the psyche to explain justice as a distributive principle: what it distributes first and foremost is kinds of labour. A just city will be one in which human nature finds proper expression in the work we do: it will also be a 'naturally happy' one.

The handout of this lecture can be found here.

A political theory must also be a theory of culture, and the relation between culture and politics occupies Books II-III and VIII-X of the Republic. We will focus on a microcosm of this argument, the famous 'noble lie': the thesis that a particular kind of false self-conception must be part of the ideology of any just society.

Plato’s answer to the political immoralist is to propose Guardians: a political class committed to the rational pursuit of the common good. The key precondition for such a disinterested and expert politics is the absolute separation of wealth and the profit motive from political power. The thesis that Guardians must be philosophers is Plato's way of making a complex set of claims about the importance of truth, rationality, and objectivity in politics and government.

The Faces of Injustice

Plato's political theory is most fully displayed in his typology of unjust regimes in Republic VIII-IX. Its dominant feature is the interplay between the structure of a state and the psychology of its political class. Plato's interweaving of psychology, sociology, and political history expresses not only his distinctive 'culture-first' theory of politics, but his conviction that the psychology of the individual cannot be fully understood apart from his society, or vice versa.

I shall address some questions about narratology, which will help us to better understand some of the main aspects of Plato’s doctrine in the Timaeus. Of special interest will be for us the first lines of the dialogue (17A-B), the implicit presentation of Timaeus as a Pythagorean of the Archytas type (19E-20A) and Critias’ aporetical genealogy (20D sqq.). Some tentative conclusions will be drawn about the importance of the “genealogical” theme in the Timaeus.

I shall examine how Plato’s doctrine of participation is dealt with in the Timaeus. My main contention will be to show that it is presented in order to meet Plato’s own criticisms in the Parmenides. I shall envisage again, from this point of view, the relationship between Plato’s late ontology and Aristotle’s doxographical account of his thought, in Metaphysics A 6 in particular.

I shall focus on what appears to be the main enigma of the dialogue, the second proof for the unicity of the world (55C-D). I shall propose a new interpretation, not in terms of Plato’s elementary physics as commonly assumed since Plutarch, but against the background of Plato’s mathematical ontology.

This last lecture on the Timaeus will be devoted to the third part of the monologue, where Plato expounds his biology. I shall try to show that this part is less biological than metaphysical.  Plato’s develops a theodicy, aiming at showing that the Demiurge, even if he wished that the world be what it is, is not responsible for the evil occurring in it.

Boethus of Sido (I) — General Ontology.

Boethus of Sido (1st c. BC) is one of the first commentators on Aristotle, and one of the most interesting. He is a true philosopher, engaged in a lively debate with the Platonists and, most of all, the Stoics about what it is to be a real being. I shall envisage some aspects of his ontology, specifically his doctrine of relation.

I shall dwell upon a text of Themistius transmitted only in Arabic, devoted to the question of the perfection of the syllogisms of the first figure, to show how Boethus understood Aristotle’s syllogistics in accordance with his ontological stance.

Thinking with language: from grammar to free speech

In this series of lectures and seminars, Ineke Sluiter will discuss different aspects of (ancient) linguistic thought, not primarily in its technical aspects, but with attention to the roles and functions of ideas about language in different genres. She will be paying particular attention to Plato’s Cratylus; to the different roles of ‘language talk’ in Greek drama, particularly in Sophocles; and to etymology, its link with genealogy, and its various discursive functions. The introductory lecture will focus on an icon of modern language ideology, free speech.

In the seminar sessions, she will introduce and discuss a number of passages from Plato’s Cratylus that illuminate Socratic rhetoric, and the interconnectedness of literary, rhetorical and philosophical issues.

This lecture explores the metaphor of the “marketplace of ideas” in debates over freedom of speech and political deliberation. Starting from the legal case against controversial Dutch politician Geert Wilders, it takes a look at the archaeology of the concept in ancient Greece, fast-forwards to the United States at the beginning of the 20th century, analyses the nature of the frame of the “marketplace”, and studies three subsequent theories that take their lead from this metaphor: marketplace mechanisms as a way to elicit information from a group in order to make the deliberative process more effective (Sunstein); the analysis of the metaphor as a vehicle of social criticism (Ingber); and the consequences of more recent insights into the functioning of the actual economy for ideas about freedom of speech (Blocher). After a brief return to the Wilders case and the “rhetoric of free speech”, I will end with the briefest of suggestions for an alternative model for thinking about free speech: an evolutionary theory of rhetoric.

Seminars (both 5 p.m. in the Okinaga Room, Wadham College)

The dialectical approach to rhetoric

Topoi in dialectic and rhetoric

A system of emotions

The poet and the rhetorician

Abstract: Aristotle’s art of rhetoric borrows from several areas of Aristotelian philosophy: Above all, the artful rhetoric requires the dialectician’s competence for valid arguments and acceptable opinions. Then the rhetorician benefits from the study of character and emotions as well as from political theory. This is why Aristotle himself describes the art of rhetoric as an offshoot of dialectic and political science. Furthermore there are certain poetical techniques that are apt to improve the persuasiveness of prosaic speeches. –The six lectures on ‘Aristotle’s Rhetoric and Aristotelian philosophy’ will pick out some of those philosophically salient issues that are distinctive of Aristotle’s art of rhetoric.

Sarah Broadie is a fellow of the British Academy, of the Royal Society of Edinburgh, and of the American Academy of Arts and Sciences. In 2003 she gave the Nellie Wallace lectures in the University of Oxford, entitled Nature and Divinity in the philosophies of Plato and Aristotle. 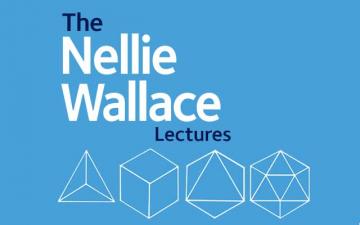