The emergence in Oxford of philosophy as the autonomous academic discipline we know today has been a gradual drawn-out affair although, no doubt, there has been philosophy teaching here as long as there have been both scholars and students. 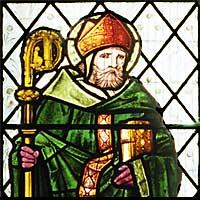 It was during the later middle ages that the University acquired an international reputation for Scholastic learning to equal, if not eclipse, that of Paris. Robert Grossetesste (1175-1253), Duns Scotus (1264-1308), Thomas Bradwardine (1290?-1349), William of Ockham (1300?-1349?) and John Wycliffe (1329?-1384) all taught in Oxford; although there was never anything like an ‘Oxford School,’ scholarship at that time (all, naturally, conducted in Latin) possessing a truly international character. Throughout this period instruction occurred in two main forms, the reading of set-texts such as Aristotle and the Bible — which was as much a matter of commentary and discussion as simple reading, and disputation — a kind of formalised debate in which the various arguments for and against a given thesis were rehearsed under the guidance of a master. 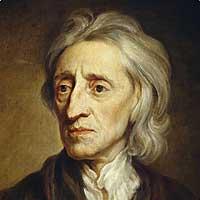 This pre-eminence was not to last, however. Oxford’s first professorial post in philosophy, the White’s Chair of Moral Philosophy, 1 was established in 1621, but in general during the seventeenth century, the ‘golden age’ of European philosophy, the University was never to the fore. It was, however, alma mater to one of the greatest philosophers of that age, John Locke (1632-1704). Locke went up to Christ Church in 1652, gaining his BA in 1656 and his MA two years later. In 1660 he was appointed a tutor at the College. Not wising to make teaching his permanent career, he taught undergraduates for only four years, although he remained a Fellow with rooms in College until 1684 (when at the request of the Government his name was erased from the College books for ‘whiggisme.’) It was not until after he left Oxford that he wrote his chief works, such as An Essay Concerning Human Understanding and Two Treatises of Government (both published in 1690), but his time at the University influenced him greatly. It was here that he came to know the pioneering natural scientist Robert Boyle, who was resident in Oxford between 1656 and 1668, and whose scientific researches were an important stimulus to his thinking.

The other notable Oxford philosopher of the seventeenth century was the Platonist, John Norris (1657-1712). Educated at Exeter College, he was a fellow of All Souls from 1680 to 1689. However, like Locke, it was not until after he left Oxford to take up the clerical living at Bemerton, near Salisbury, that he published his chief works.

The 17th and 18th Centuries 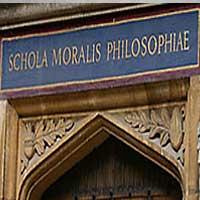 Despite advances in philosophy itself, the traditional curriculum and patterns of instruction changed only slowly. Though there was not yet a recognised discipline called ‘philosophy’, all students studied logic, metaphysics and moral philosophy 2 as elements of the traditional arts degree which included also such subjects as geometry, grammar and rhetoric. The standard pattern of teaching (which had by the end of the sixteenth century passed almost wholly from the University to the colleges) involved students ‘getting up by heart’ an introductory textbook or manual, very often of their tutor’s own composition, followed by a course of supervised reading through a series of carefully selected classical texts. Texts for moral philosophy, for example, were chosen with great care for their theological credentials. More recent works, where used at all, were recommended merely as a gloss or guide to the more ancient texts which were taken as authoritative.

Well into the eighteenth and nineteenth centuries the character of philosophy remained both clerical and classical. The vast majority of Fellows were clergymen, while all students were required to subscribe to the thirty-nine articles of the Church of England. Moreover, the only school in which philosophy was taught was Literae Humaniores; a course of classical studies which, in its modern two-part form of Mods and Greats, dates from 1850 but which has roots stretching even further back. As late as 1876 Mark Pattison could complain that in Oxford “Philosophy has no substantive existence of its own. It is an appendage of our classical training.” 3 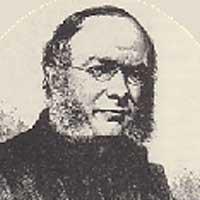 Things began to pick up in the second half of the nineteenth century. There were two new professorial posts both established in 1859. There was a Chair in Logic, now know as the Wykeham, 4 and first occupied by Henry Wall (1810-1873), while in the same year Henry Longueville Mansel (1820-1871) was appointed in as the first Waynflete Professor of Moral and Metaphysical Philosophy.5 This post he held until 1866, when he was appointed Regius Professor of ecclesiastical history and a canon of Christ Church.

Oxford’s college system meant that each college attempted to teach its own undergraduates; with the frequent consequence that one tutor would cover a vast range of topics, from history to theology to literature to philosophy. However, the creation of these chairs marked the returning importance of University tuition, along the Scottish and German models, a trend which has continued to this day. Yet this was a slow change, and College tuition remained the norm for some considerable time, an effective system of university-wide lectures only really beginning to take shape in the 1870’s. 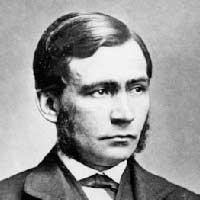 Two years after becoming Regius Professor of ecclesiastical history Mansel left Oxford to become the Dean of St Paul’s. But, as a clergyman academic, he was one of the last of a kind. In 1871 religious tests were abolished, and there began a rapid decline of clerical influence whose converse was a growing professionalism; a class of Dons emerged who considered themselves to be primarily philosophy teachers. Chief among these was T.H.Green (1836-1882), a fellow of Balliol appointed to the White’s Chair in 1878. Founder of the British Idealist school which came to dominate philosophy both in Oxford and the country as a whole, through his teaching and personal charisma Green’s influence extended beyond just philosophy. Collingwood wrote that ‘The school of Green sent out into public life a stream of ex-pupils who carried with them the conviction that philosophy, and in particular the philosophy they had learned at Oxford, was an important thing, and that their vocation was to put it into practice…. Through this effect on the minds of its pupils, the philosophy of Green’s school might be found, from about 1880 to about 1910, penetrating and fertilizing every part of the national life.’ 6 And what was true nationally was no less true in Oxford itself. Elected to the local council, he felt keenly the wrong that a city boasting so fine a university had no school for its own citizens, and it was his initiative that lead to the founding of the City of Oxford High School for Boys in George Street.  The city took Green to its heart as it has no other philosopher, and when he died in 1882 the Mayor and corporation, together with two thousand people, processed from the council chambers to Balliol and thence to the cemetery. 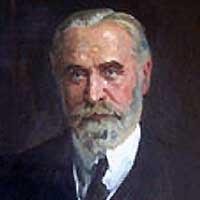 Publishing but little in his lifetime, Green held his rank as the founder of British Idealism through the force of his personal teaching. However, the greatest figure of that movement, his near contemporary F.H.Bradley (1846-1924), was almost the exact opposite. Bradley’s ground-breaking work in logic and metaphysics earned him a reputation as one of the greatest of all British philosophers, but he held a fellowship at Merton with no teaching responsibilities at all and, something of a reclusive figure, was rarely seen even around Oxford itself.

Through its association with Green and in part perhaps because Bradley had no pupils at Merton, Balliol became the very heart of the British Idealist movement, a position cemented by its election in 1893 of the philosopher Edward Caird (1835-1908) as Master, a position he held until 1907. Caird continued and developed Green’s ethic of social service, a radicalism which he practiced every bit as much as he preached. He was, for example, an outspoken critic of the Boer War, and prominent in the campaign to extend the opportunities of Higher Education to women. 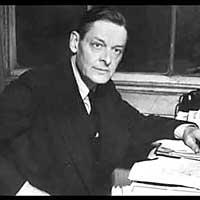 The second half of the nineteenth century was arguably one of the greatest for Oxford philosophy, but by the first half of twentieth fortunes had reached a rather low point, as the action moved to Cambridge where Bertrand Russell, G.E.Moore, and Ludwig Wittgenstein were all at work. ‘I do not think that anyone would come to Oxford to seek for anything very original or subtle in philosophy’ wrote T.S.Eliot in 1914, then a young American graduate student at Merton. 7

But important changes did occur during this period. It was in 1913 that philosophy was first recognised administratively as an autonomous discipline, acquiring the status of a sub-faculty to the faculty of Literae Humaniores. Established in 1903, the Wilde Readership in mental philosophy 8 was, paradoxically enough for a readership in philosophy, a mark of the growing independence of psychology from philosophy. There was also a new chair, the Oriel (later Nolloth) Chair of the Philosophy of the Christian Religion, 9 whose first holder in 1920 was the personal idealist C.C.K.Webb. And perhaps most significantly of all, 1920 saw also the introduction of a three-year ‘Modern Greats’ course, combining philosophy, politics and economics; the name which it now bears. 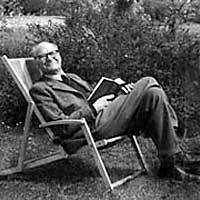 The post-war years saw a revival of philosophical fortunes in Oxford. Gilbert Ryle (1900-1976) was elected to the Waynflete chair in 1945, and did much to raise the standard of philosophy in the University. The intake for PPE under Ryle, who had himself been one of the very first to read for the new school, 10 swelled rapidly soon exceeding that of its classical parent, and the number of philosophy teachers grew to meet the demand. Intended to offer a broad education (not until 1970 was it possible to concentrate on only two out of the three subjects) the school also gave to philosophers a new modern focus, further separating it out from classics. Although the tradition in classical philosophy remained strong, as indeed it has done to this day. One of Ryle’s most important innovations concerned graduate studies. He knew that the Oxford D.Phil (first established in 1917), with its three years of close study on a single problem, was insufficient preparation for a teaching career, and he proposed a new degree combining both written papers and a short dissertation. The B.Phil, introduced in 1946 and first examined in 1948, was extremely successful. Its rapidly growing intake helped to fill the large number of new philosophy departments created in new universities in the country after the war.

As editor of the journal Mind from 1947 to 1972 and author of the influential book The Concept of Mind (1949) Ryle was a philosopher of national importance. His philosophy focused on language and the misleading ways it can be used, an emphasis taken even further by a second Oxford philosopher of the time, J.L.Austin (1911-60). Elected to the White’s chair in 1952, he was the chief exponent of what became known as ‘ordinary language philosophy,’ which for a while dominated the scene. Focusing on the nuances of everyday language, his Saturday morning sessions became famous.

Two further celebrated philosophers of the time were A.J.Ayer (1910-1989) and Isaiah Berlin (1909-1997). Ayer, who had originally been an undergraduate at Christ Church but subsequently taught at UCL, returned to Oxford in 1959 to take up the Wykeham chair. His graduate seminars, first pioneered at UCL, soon became a vital part of the Oxford scene. Best known for his work in the history of ideas and in political philosophy, Berlin was also the founding Principal of Wolfson College.

Looking back, one way to characterise the history of philosophy at Oxford would be in terms of its gradual freeing of itself from clerical and classical roots. If that is correct, it is a story which has continued right into the twenty-first century. For it was only in 2001 that philosophy finally left the fold of Literae Humaniores to become a faculty in its own right.