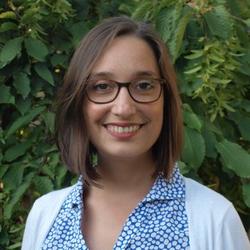 Associate Professor, and Fellow and Tutor in Philosophy
Corpus Christi College
marion.durand@philosophy.ox.ac.uk
Area of Specialisation:
College:
Membership Type:
I trained in Classics, receiving my BA from Cambridge and my PhD from the University of Toronto, where I was a member of the Collaborative Programme in Ancient and Medieval Philosophy, and where I briefly held a position as lecturer before coming to Corpus in 2019.
What Does “This” Mean? Deixis and the Semantics of Demonstratives in Stoic Propositions, Methodos 19 (2019) link

My research interests are in ancient philosophy, with a current focus on the Stoics and their philosophy of language, logic, and grammar. My current book project reconstructs the semantics of Stoic propositions, from their structure, to theories of reference and predication. As part of the project, I work to supplement the scarce evidence from Stoic fragments with evidence from ancient grammatical texts. My overarching goal is to better understand Stoic views on the relationship of language to the world as well as the place of language in the Stoic philosophical system. I also maintain active interests in contemporary philosophy of language and the history of analytic philosophy, particularly Frege and Fregean senses, and, lately, Mates' Puzzle.

I teach tutorials on a wide range of topics in ancient philosophy for students of the joint schools, as well as in introductory logic and philosophy of language.