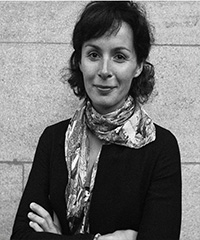 ‘Is it intelligible that an organism without pain-behaviour might feel pain?’ Journal of Consciousness Studies, vol. 18 (9-10), (2011).

My work falls mainly within contemporary philosophy of language, epistemology and philosophy of action. Most of my research relates either to linguistic (especially semantic) knowledge or to practical knowledge and skill, and sometimes to connections between these. More broadly, my work engages with theories of normativity in relation to skill, factual knowledge, thought and reasoning, and linguistic communication. I also have a general interest in the work of Gilbert Ryle, especially his relatively neglected work on thinking and improvisation.

I teach the undergraduate finals papers in Knowledge and Reality, Philosophy of Logic and Language, Wittgenstein, Philosophy of Mind, and Ethics. I will also be teaching first-year General Philosophy and Introduction to Logic. In Michaelmas 2019, I will be teaching a graduate (BPhil) class on Knowledge, Reason and Action, with Prof John Hyman.