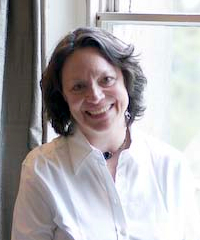 From time to time I referee for various philosophy journals and publishers. I give invited papers several times each year at Universities in Britain and abroad. I have participated in an Anglo-Australian-Chinese Philosophy Summer School at the University of Chengdu, in China. On occasion I give papers to A-level pupils and answer their questions about studying philosophy.

Meaning and Mind: An Examination of a Gricean Account of Language , MIT Bradford Books

“Other Minds”, Oxford Handbook of Philosophy of Mind, ed. B. McLaughlin & A Beckermann ( Oxford University Press)

“Skepticism about Knowledge of Other Minds”, The Routledge Companion to Epistemology, ed. S. Bernecker & D . Pritchard

My latest work has concentrated on the question of our knowledge of other minds. I am looking to see if this is a well formed question. I hope to tie this work in with issues concerned with knowledge of one’s own mind (again the question of whether it is correct to speak of knowledge here is relevant to my work). My work on other minds has led me to look at the history of this issue. I also, continue to maintain an interest in issues connected with Grice’s account of meaning.

I have served as B-Phil. Coordinator for the Philosophy Faculty and as Tutor for Graduates at St Hilda’s College.