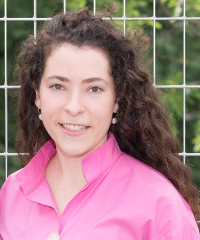 I was born and raised in Freiburg, Germany, and graduated in 2009 from the classics-focused Berthold Gymnasium. While at school, I completed a yearlong Judaic Studies program at the Lauder Midrasha in Berlin and received diplomas in music performance from the conservatories of Stuttgart and Bern. I have been a fellow of the G.C. Starck Foundation since 2006, and of the German National Academic Foundation since 2010. In 2013, I graduated summa cum laude from Yale University, majoring in History and Philosophy. While at Yale, I served as co-president of the Young Israel House, worked for a Public Interest Law firm on a Liman Summer Fellowship, and volunteered at a Homelessness Prevention clinic. On a Rhodes Scholarship, I then pursued my philosophical studies at the University of Oxford - first under the supervision of Prof. Jeremy Waldron and later under the supervision of Prof. Ralf Bader and Prof. Simon Caney. From 2016 to 2017, I visited Princeton University on a Fleet Fellowship to study with Prof. Anna Stilz and Prof. Philip Pettit. My current research examines the binding of later generations through laws and contracts.